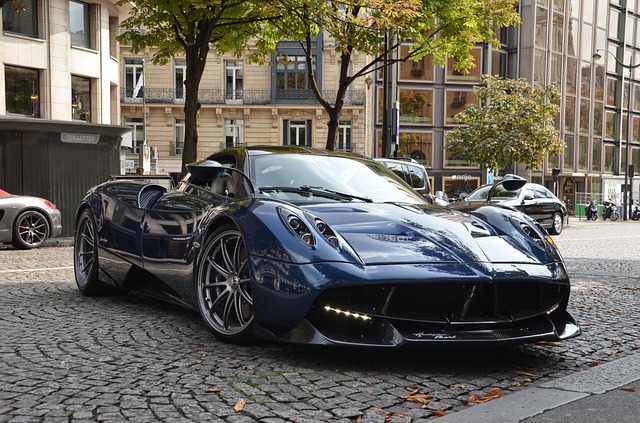 Not by chance, the F40 is the fastest Ferrari in history, in 1987, as well as one of the fastest on the planet.

Performance that requires a meticulous set-up: from the very beginning, the F40 proves to be very challenging to drive and long hours of testing and refinements on shock absorbers, tires, aerodynamics and engine are needed to try to sweeten so much exuberance.

The results were exciting for the measured performance and stability of the car. A serious flaw, however, was represented by the poor soundproofing of the passenger compartment.

After many attempts and modifications the problem was not solved and this prevented the completion of the body assembly line and, above all, of defining the specifications of the supply contracts for the components produced outside the company. There are two special family versions, both made by external bodies commissioned by the Alfa Romeo management and presented in 1958: the “Weekendina” by Boneschi and the “Promiscua” by Colli, the latter produced in 90 units (71 in 1959 and 19 in 1960)

The Pagani Huayra (codename project C9) is, after the Pagani Zonda family, the second model of the small car company founded by Horacio Pagani. The name derives from Huayra-tata, god of the wind, that according to the South American mythology, commands the breezes, winds and hurricanes that hit the mountains of the Andean cordillera

The hundredth of the Pagani Huayra, called “Ultimo“, marks the end of the production of the coupe variant. The supercar has a gray color, with some components painted in black and emerald green. This particular livery is strongly inspired by that of the four-time F1 World Champion Lewis Hamilton.

The Nuova 500 represents for the brand founded by Giovanni Agnelli the most successful model, not only for numbers but for what it has represented and still represents in 60 years of history. To discover his birth we must go back to 1957, when Italy was a country that had left behind the destruction of the Second World War and was ready to experience its first economic boom.

Over the years the Fiat 500 changes and changes: in 1958, the Sport arrived (price 560 thousand lire), with more horses (21.5). The car initially has a rigid roof and is characterized on the outside by a red strip located below the pavilion and, in some cases, also for the painting of the two-colored body.

In 1979 Lancia presents a new car, designed primarily with the intention of expanding the price list with a two-volume sedan. From the pen of Giorgetto Giugiaro comes the Lancia Delta, a very advanced car for the era, modern mechanics and high-end equipment. Despite the high list price, the Delta wins the public and receives numerous updates.

A compact designed for urban use, while on the racing front the Stratos and Rally 037 keep the Italian banner high. The success of the Delta proceeds in an unstoppable way and among the various novelties comes the four-wheel drive, the first step that brought the small sedan to glory.

With 5 world manufacturer titles and a total of 35 victories over five years, the Lancia Delta Integrale is definitely the rally car par excellence. Who, in fact, hearing his name does not recognize immediately that unmistakable design and that livery “Martini” that has made the history of sports motoring?

This site uses Akismet to reduce spam. Learn how your comment data is processed.