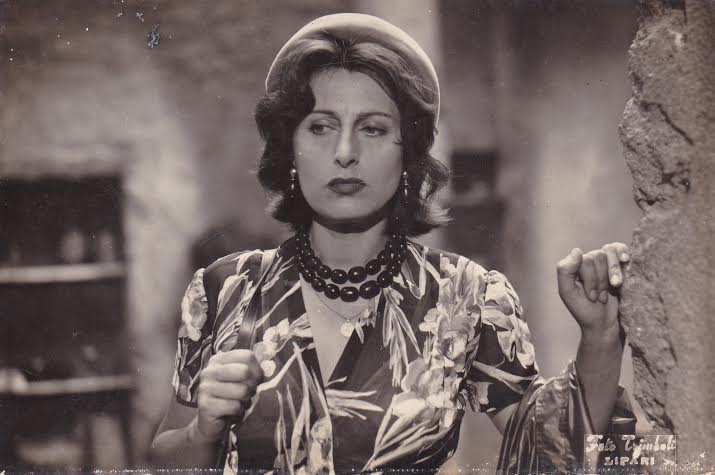 The parents, Napoleone Borelli and Cesira Banti, originally from Reggio Emilia, were both actors; she has a sister, Ada, also actress.

After spending her childhood in a religious college in Florence, he made his debut in 1901 in the company directed by F. Pasta, alongside Virginia Reiter.

Her film career was intense but very short.

From 1913 to 1918 she played fifteen films. And in those 5 years, she built the legendary reputation that lasts till today.

She was first invited by the director Mario Caserini to impersonate Elsa Holbein in Ma my love does not die, next to Mario Bonnard. After the first film, the actress was Mortella in The Memory of the Other by A. Degli Abbati, next to Bonnard; in 1914, alongside Piperno, he played Stefania in La donna nude, which Carmine Gallone derived from H. Bataille

Born in Rome, March 1908, illegitimate daughter of an unknown father.

Grown up in the populous and vital Rome of the 1910s, in a family of women only (in addition to her grandmother there were five aunts and only one uncle), Anna was later enrolled in a college of French nuns, then left for high school and acting school.

She starts after 1929 a frenetic activity on stage, travels across the peninsula on massacre tours and is routed to the cinema by the actor Antonio Gandusio who presents it to Augusto Genina and Nunzio Malasomma who offered her small roles in the film Scampolo and La Cieca di Sorrento (1934). His true pygmalion, however, remains’ Toto ‘with which he keeps company in 1941, until Vittorio de Sica offers her the same year the first important film part in Teresa Venerdi‘.

Not all the actress could fit in the list, so find out the special guest

or have a look at

10 foods representing the culture, history, and obviously the great taste that Italy can offer to the world. As no one else.