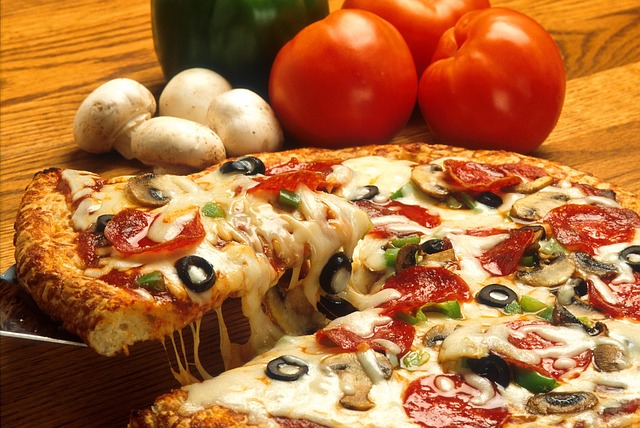 Every day in Italy about 5 million pizzas are prepared and sold. It is the most typical of Italian dishes, loved by many if not by everyone

The pizza has ancient origins, even someone says at the time of the Etruscans, even if it was something that vaguely had the shape and the appearance of today’s pizza.

The term pizza derives from “grip”, past participle of the Latin verb “to pin”, which means to crush, crush, the name would then come from the form.

The pizza as we know it today was born in Naples since the seventeenth century. It was still without tomato, “white”, seasoned only with garlic, lard and coarse salt in the cheaper version, or with caciocavallo and basil.
However, during the eighteenth century, when the tomato enters triumphantly in the kitchen of Campania (and partly Italian), in the city of the Bourbons pizza imposes itself, in a form closer and closer to what we know, to become in short one of the dishes preferred by the people and not only.
It is at the turn of the eighteenth and nineteenth centuries that the custom of eating pizza as well as at home or on the street, even at the ovens in which it is prepared, begins to assert itself. It is the birth and diffusion of the pizzeria in Campania in the form we know, with its unmistakable physical and “environmental” characteristics.

The wood-burning oven, the marble counter where the pizza is prepared with the filling ingredients on display, the tables where customers taste it, the external display of pizzas to sell to passers-by.

The most iconic food for a reason.

In a previous Listen Italy article, we have explored the relationship in between science and pizza and the eternal debate on the real amount of type of pizza.

Look the chart from the start, with the

or looking for another TOP 10?